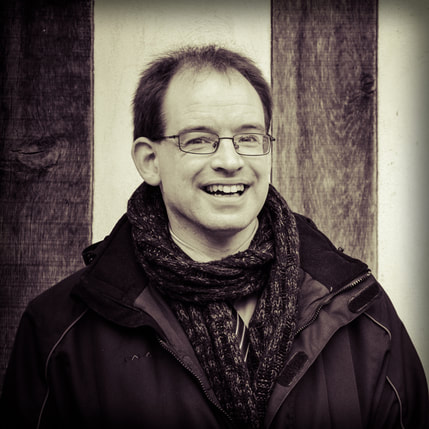 A student at the Royal College of Music, John became Organ Scholar of Westminster Abbey in 1996 and is the only person to ever hold this post for a period of three years. During this time, John played the organ for many Royal and State occasions, broadcast for the BBC and played 20 solo recitals in the Abbey.

After graduating, John acted as Assistant Organist at Lincoln and Truro Cathedrals before being appointed Master of the Choir at Bramdean School in Exeter, broadcasting with the choir on Sky News and CNN.

In much demand as a recitalist and accompanist, John appears on several commercial CDs; his latest, "Variation", is recorded at St. Asaph Cathedral for the Regent Label. He made his recital debut at Notre-Dame Cathedral, Paris in 2015.

Increasingly active as a composer, John has completed commissions for Bangor, Chester, Ely and Peel Cathedrals, Martin Baker (organist), St. Martin-in-the-Fields and the Conwy Festival. His Requiem was premiered in the 2013 North Wales International Music Festival and his large-scale work, "The Seven Trumpets" premiered in December 2013. John's new setting of the Requiem, "Missa pro defunctis" was premiered on opening night of the 2016 North Wales International Music Festival to a capacity audience.
​
The Choir of Selwyn College, Cambridge together with the Ely Cathedral Girls' Choir have recently released complete disc of his choral works for Regent Records to critical acclaim. John's latest work for organ, "The 14 Stations of the Cross" commissioned as part of Sebastian Thomson's "Angels of Creation" series has recently been released on the Convivium label and was labelled "Editor's Choice" in the Organists' Review magazine. All of his compositions are published by the Chichester Music Press.

John is a Fellow of the Royal Society of Arts and a Member of the ISM. His compositions have been broadcast twice on the BBC’s “Introducing” scheme. In September 2022 he takes up the new position of Organist in Residence at Blackburn Cathedral. 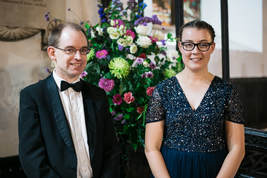 Photograph by Francis Hills
John Hosking and Olivia Hunt – “HH Classical Duo” co-founded early music group, “Ensemble 1677” in 2016. Since then they have performed over 30 concerts as a duo or with the Ensemble, staged Purcell’s opera, “Dido and Aeneas” in conjunction with the St. Asaph Choral Society and undertook a successful tour of the South West.

They have released two CDs together for Willowhayne Records in conjunction with Naxos and have been broadcast seven times on the BBC's "Introducing" scheme. They have plans to record a further disc of 'first recordings' in 2021. Olivia has received coaching from Dame Emma Kirkby and programmes tend to focus on early music from the Italian and English schools. Visit hhclassicalduo.weebly.com for further details.
Powered by